Pierre Rabhi, the founder of the Agro-ecology, at the age of 9 came from the wideness and simplicity of the Algerian desert to live in the industrialized Paris of mid-XXth with his foster family. Here he finally discovered that plunging into nature and agriculture could give him a true happiness and personal development; now he travels the world explaining a new Humanism aimed at a deep harmony with Nature which puts at the centre the female. “Everyone must play his role”, says Pierre Rabhi, who founded the Colibris movement recalling an ancient Central American telling: a hummingbird is bringing a drop of water to extinguish a huge fire in its forest. The other animals told him it’s foolish and useless, but he answers: “I know, but I play my role”.

A true story, re-written by Carola Benedetto
Storytelling and songs by Susanna Paisio
Costumes and translation by Luciana Ciliento 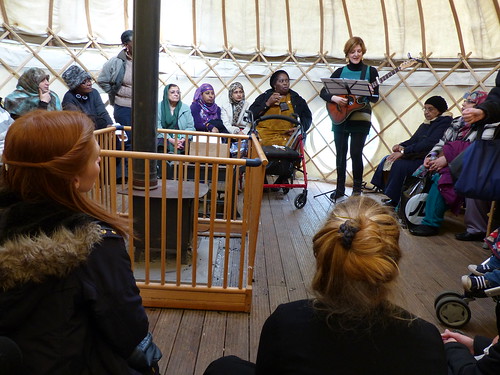